Over the years, we have helped many men and women in Bonita Springs, FL recover from persistent neck pain. This isn't unexpected, as research demonstrates that chiropractic leads to significant improvements for 94% of neck pain patients. But how does chiropractic compare to other conservative therapies in the management of neck pain?

To answer that question, it's useful to look back at an important study from 2003 printed in the British Medical Journal. The paper investigated a variety of conservative therapies and concluded that manual therapy was the most practical option for neck pain.

Researchers from the Netherlands were interested in analyzing not only the costs associated with manual therapy but how efficiently manual therapy delivered relief compared to other treatments. They randomly assigned 183 patients with acute neck pain to receive treatment from manual therapists (MT), physiotherapists (PT), or general practitioners (GP).

People receiving manual therapy had the quickest improvement rate. After seven weeks of care, 68% of the MT group had recovered, compared to 51% of the PT group and 36% of the GP group. These variances in recovery rates were still statistically significant after 26 weeks but not after 52 weeks. 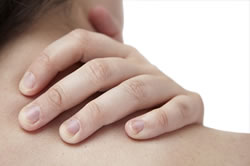 To compute costs of treatments, the authors considered direct costs such as visits to the healthcare provider and the costs of prescription medications, in addition to indirect costs like work absenteeism and travel time. The manual therapy group had substantially lower costs, with patients spending only a third of the costs spent by patients in the PT and GP groups. On average, manual therapy patients had approximately $611 in costs compared to $1773 in the physiotherapy group and $1885 in the general practitioner group (or 447 euros, 1297 euros, and 1379 euros, respectively). Only nine patients in the MT group documented missed work due to neck pain, compared to 12 in the PT group and 15 in the GP group.

The lowered cost likely stemmed from the fact that MT patients were using significantly less prescription medications and needed fewer treatment interventions due to quicker recovery rates. The researchers concluded that manual therapy, specifically spinal mobilization, is less expensive and more effective at relieving neck pain than physiotherapy or care from a general practitioner.

Dr. Green has worked with many patients who have suffered from neck pain. If you live in Bonita Springs, FL and would like to stop suffering from chronic neck pain, give our office a call at  (239) 495-1166 for an appointment.